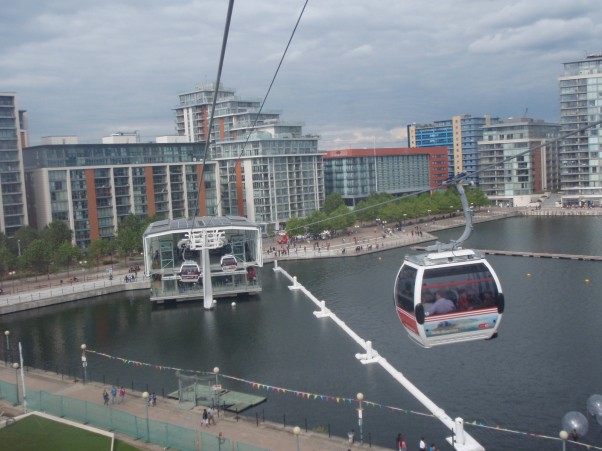 Transport is responsible for around a seventh of greenhouse gas emissions globally. Of these emissions almost two thirds are the result of passenger travel while the rest is due to freight.

So passenger travel is a big deal for climate.

As you can imagine there are a number of elements that help to determine how sustainable any form of transportation really is. Below are five elements to consider.

By improving fuel economy we can get the same mileage while generating fewer emissions. Something that is achieved by making engines more efficient, vehicles lighter and bodies more aerodynamic. But even then combustion engines remain relatively inefficient and produce emissions at the tailpipe, so improving them is really just a stop-gap en-route to sustainable transport.

The cheapest and simplest way to lower the carbon intensity of a passenger mile is to stick more people in the vehicle.

If you look at buses, the importance of occupancy becomes even more stark. The local bus has emissions seven times higher than the school bus. While their routes may vary a little they are both diesel buses. The main difference is that the school bus has very high occupancy.

With notable exception of flying, public transport tends to have quite low carbon emissions, due largely to having relatively high occupancy.

In the absence of breakthroughs in second generation biofuels, electrification is the most important pathway to low carbon transport.

Electric cars using low carbon power have footprints less than half that of the best hybrid, even after you account for their larger manufacturing footprint. The high-speed EuroStar rail which uses low carbon French electricity. The lowest carbon transport on earth is probably electrified public transport in a place like Norway where electricity generation is almost carbon free.

When it comes to carbon emissions, bicycles are pretty cutting edge. Even when you account for the foodprint of excess energy used when cycling, the humble bike is incredibly low carbon.

Bikes have obvious limitations around speed and distance, but for short trips in places with good infrastructure they are hard to beat in terms of carbon. They also have a great synergy with public transport systems like intercity rail.

Each of the first four elements we have described above refers to improving the carbon intensity of transport. But emissions are a function of both how we travel and how far we travel. One thing that tackles both of these issues is the trend towards urbanization.

People who live in cities have lower transport emissions. Fuel economy may be lower in city traffic but that is more than made up for by the fact that city dwellers drive far less. Electrification of public transport is more economic and practical in cities. Occupancy on public transport systems is much higher. And access to infrastructure for both cycling and walking is often better.

In 1950 less than 30% of the world’s population lived in cites, by 2010 that figure was over 50%, and by 2030 it is expected to surpass 60%. This natural trend to urbanization is a huge opportunity to for lowering both distance travelled per person and the carbon intensity of that travel.