Here is a short list of general facts about hemp. 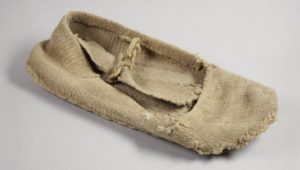 • Hemp is thought to be the first domestically-cultivated plant, with evidence of hemp fabric dating to 8,000 years ago found in Turkey (former-day Mesopotamia). Other evidence suggests cultivation further back by two or more thousands of years.

• The word hemp has been used in the past to Europe to describe other fiber plants, including sisal and jute.

• Beer hops (Humulus genus) are a close cousin of genus Cannabis, both of which fall under family Cannabaceae.

• Hemp products are now legal in the United States, although ingredients or end products are currently imported from other countries – particularly Canada.

• Hemp was not always treated as the same as marijuana by the U.S. government.

• The word “marihuana” (now marijuana) was coined in the 1890s, but not used until the 1930s by the U.S. Bureau of Narcotics (replaced by the DEA) to refer to all forms of cannabis.

• According to the documentary “The Union: The Business Behind Getting High” (available at YouTube), the first marijuana law in the United States was enacted in 1619, in Jamestown Colony, Virginia, and actually required farmers to grow hemp. Benjamin Franklin used hemp in his paper mill – one of the country’s first – and the first two copies of the Declaration of Independence were supposedly written on hemp paper.

• In parts of the Americas, hemp was legal tender and could be used to pay taxes. 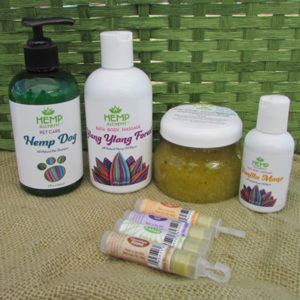 • Hemp paper is stronger than wood-based paper, and can withstand more folding. In general, hemp has strongest natural fiber of any source.

• Hemp paper hundreds of years old (found in museums) has not yellowed, and is thus a high quality paper of archival quality.

• Hemp can grow nearly anywhere in the world, in many types of soil — even in short growing seasons or in dry regions — and helps purify soil as well as kills some types of weeds

• Hemp can grow without pesticides. The crop is also kills some weeds, purifies soil, and is suitable for rotation use, due not only to its short harvest cycle (120 days).

• Hemp is a high-yield crop. One acre of hemp produces twice as much oil as one acre of peanuts, and nearly four times as much fiber pulp (for paper) as an acre of trees.

• Hemp paper is naturally acid-free and does not yellow as quickly as tree pulp-based paper.

• Hemp has the strongest (and longest) plant fiber in the world, resistant to rot and abrasion, and was in long use before DuPont patented nylon in 1937. It was used for ship rigging, military uniforms, parachute webbing, baggage and more.

• Because of its strength, hemp fiber can be used for composite materials that could be used to make anything from skateboard decks to car and stealth fighter bodies. 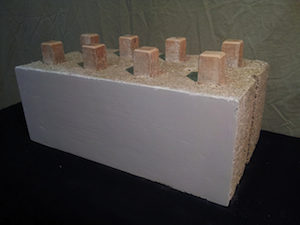 • A hemp composite material (with limestone and water) forms a type of concrete (hempcrete) that can be used for home building, at 1/9th the weight. It also acts as insulation and repels some vermin.

• Levi jeans were originally made from hemp sailcloth (and rivets), for goldminers in California, who would fill their pockets with gold.

• By the 1800s, the state of Kentucky produced about half of the industrial hemp in the U.S. The first hemp crop there was planted in Boyle County in 1775.

• Henry Ford, founder of the Ford Motor Company, created a plastic car in 1941 which ran on hemp and other plant-based fuels, and whose fenders were made of hemp and other materials. Ford had a plan to “grow automobiles from the soil.” (Note: a company in France is experimenting with a similar vehicle in current day.)

• Despite the active Marijuana Tax Act and the official federal government stance on hemp and marijuana, the U.S. Army and the Dept of Agriculture jointly produced a 1942 film, “Hemp for Victory,” encouraging farmers to grow hemp for the country’s effort in World War II — particularly for textiles and rope, imports of which had been cut off by war. Over 100,000 acres of hemp was growing in the U.S., but all related permits were canceled when WW II ended.